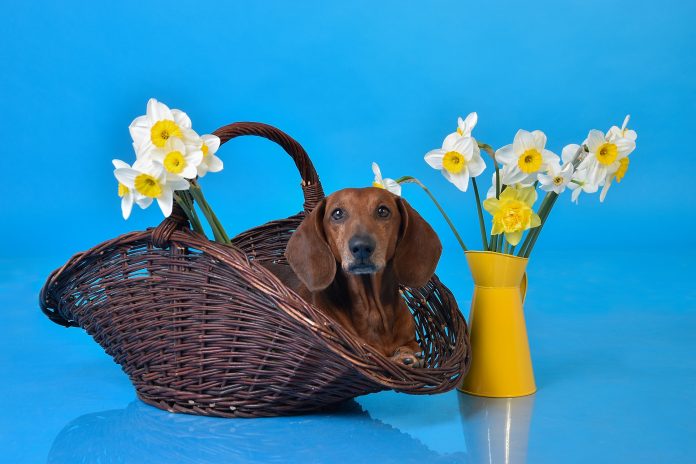 A pet owner has issued a Mother’s Day warning about the potential dangers posed by daffodils after his puppy became violently sick. Daffodils are a Mother’s Day favourite in households across the country.

Martin McKinley, from Hartlepool, was unaware of daffodils’ toxicity until his miniature Dachshund, Ruby, ate three flowers and became violently sick as a result.

Martin said, “Daffodils were my mum’s favourite flower and we always get a bunch around this time. I put them on a bottom shelf, which turned out to be a big mistake. When Ruby started eating them, I thought it was funny at first as, not having had a dog before, I just didn’t realise the danger.

“I told her off and thought no more of it until she started being sick about 20 minutes later. She was sick again and again, so I texted my wife and someone told her they were poisonous and that we needed to get in touch with a vet straight away.

“She was really poorly by then and I knew I needed help quickly.”

Senior vet Dave Hollinshead said, “Thankfully, our team in Middlesbrough were able to stabilise and treat Ruby for narcissus intoxication. While severe poisoning from daffodils is rare, it’s not unheard of, so it’s great to hear Ruby has recovered fully from this incident.

“We see a big rise in pet emergency cases during public holidays and significant events such as Mother’s Day and often it’s due to pets eating things they shouldn’t such as flowers or chocolates.

“Ruby’s case goes to show how important it is to keep potentially poisonous items, including flowers, well out of reach of all pets.”

“Although most cases result in only mild signs, serious effects can occur occasionally”

The Veterinary Poisons Information Service and Animal PoisonLine stated, “We receive many enquiries regarding the ingestion of daffodil bulbs and flowers (Narcissus species) during the Spring months, and although most cases result in only mild signs, serious effects can occur occasionally.

“All parts of the plant contain alkaloids and glycosides, although they are most concentrated in the bulb, and even small doses can cause vomiting and diarrhoea. In addition, the bulb contains calcium oxalate crystals, which is a mechanical irritant and can facilitate the entry of other irritant substances and allergens into tissues. 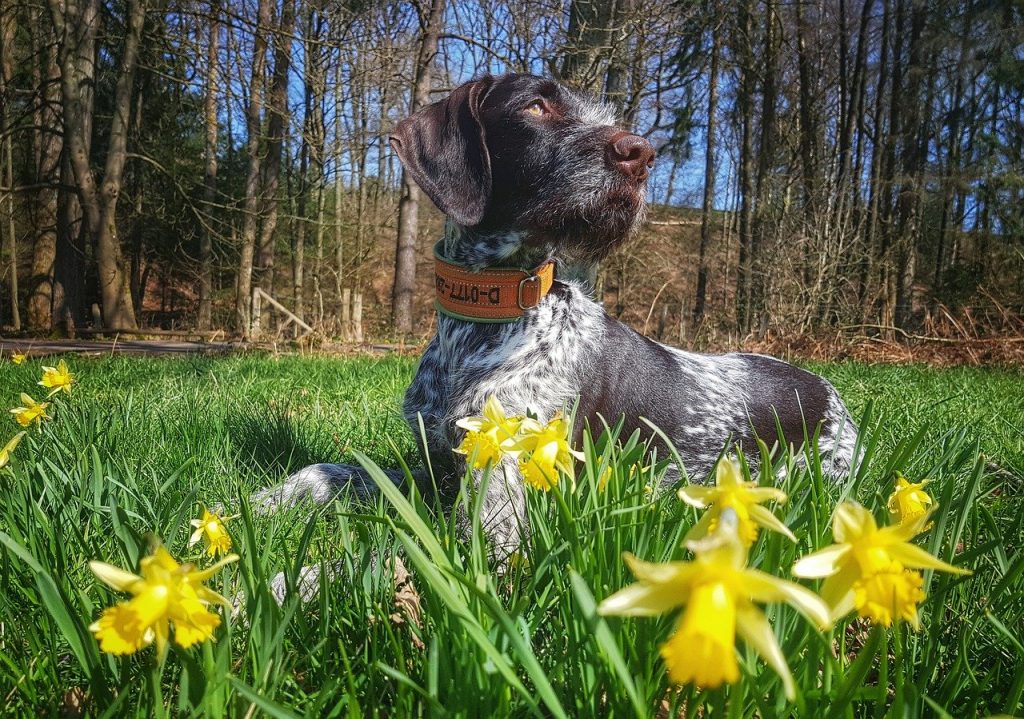 “Effects can vary from gastrointestinal upset of varying degrees, lethargy and pyrexia in mild cases to hypothermia, hypotension, bradycardia and dehydration in more severe cases.

“Contact with the sap of the plant can lead to the development of pruritis or erythema. Treatment is essentially supportive, with emphasis on rehydration, if necessary.”

Further advice on what to do if you think your pet has been poisoned can be found here.