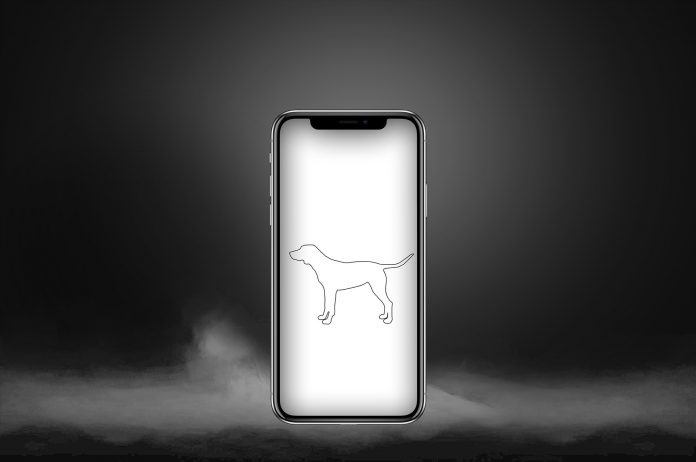 What would your dogs do if they could call you whenever they wanted? Would you be bombarded with video calls while you were at work or at the shops, or would you be forgotten while they happily snooze in your absence? And if you called your dogs, would they pick up or ignore you?

Perhaps it won’t be long before you find out, because a DogPhone has been invented, which helps pets video call their owners. The system, dubbed DogPhone, is the first of its kind to empower animals to use the internet to contact their owners.

In the future, its creators say, it could help address the separation anxiety of pets who have grown used to having people at home during the coronavirus pandemic.
DogPhone is the result of a collaboration between Dr Ilyena Hirskyj-Douglas, of the University of Glasgow, and her 10-year-old Labrador, Zack, along with colleagues from Aalto University in Finland.

DogPhone allows Zack to call Dr Hirskyj-Douglas by picking up and shaking a ball fitted with an accelerometer. When the accelerometer senses movement, it initiates a video call on a laptop in their living room, allowing Zack to see and interact with his owner whenever he chooses. Zack’s owner can also use the system to call him, and he is free to answer or ignore the call. 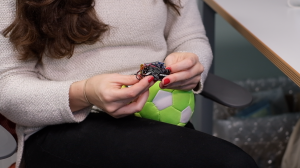 Dr Hirskyj-Douglas is a specialist in animal-computer interaction at the University’s School of Computing Science, who researches new ways to enrich pets’ lives through technology.
Dr Hirskyj-Douglas said, “There are hundreds of internet-connected ‘smart toys’ on the market that dog owners can buy for their pets, from fitness monitors to remotely controlled treat dispensers. Smart toys for pets are expected to be a 20 billion dollar industry by 2025.

“However, the vast majority of them are built with the needs of dog owners in mind, allowing them to observe or interact with their pets while away from home. Very few of them seem to consider what dogs themselves might want, or how technology might benefit them as living beings with thoughts and feelings of their own.

“What I wanted to do with DogPhone was find a way to turn Zack from a ‘usee’ of technology, where he has no choice or control over how he interacts with devices, into a ‘user’, where he could make active decisions about when, where, and how he placed a call.”

To make a device that Zack would find appealing, Dr Hirskyj-Douglas paid close attention to the kinds of objects that Zack likes to play with, and the textures he enjoys touching. After considering the possibility of a stick or a stuffed toy, Dr Hirskyj-Douglas chose a soft ball as the form Zack was most likely to want to interact with.

With the help of colleagues from Aalto University, Dr Hirskyj-Douglas built an internet-connected accelerometer, which could be concealed inside the ball. After several demonstrations of how the ball could be used to start a video call, Zack was given the ball to play with over 16 study days spread over three months. 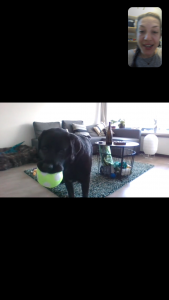 In the first part of the experiment, lasting two days, Zack made 18 calls, half of which were ‘accidental’ calls placed while he slept on the ball, suggesting the accelerometer system was too sensitive. During several of the calls where Zack was awake, he showed Dr Hirskyj-Douglas some toys that they often play with together and approached the screen, suggesting he wanted to interact with his owner.

The second phase of the experiment, lasting seven days, resulted in only two calls, suggesting the accelerometer tuning had gone too far in the direction of insensitivity.
In the third phase, lasting another seven days, the accelerometer tuning was refined again to try to phase out accidental calls while allowing deliberate ones to be placed more easily. This time, Zack made 35 calls in total, averaging five in a day.

While many of them seemed accidental, there was also more significant interaction between Zack and Dr Hirskyj-Douglas, who used her phone to show him her environment, including her office, a restaurant, an underground station, and a street busker. Zack again showed additional interest in these interactions, pricking up his ears and approaching the screen.

Dr Hirskyj-Douglas said, “Of course, we can’t know for sure that Zack was aware of the causal link between picking up the ball and making a call, or even that some the interactions which seemed accidental were actually unintended on his part. However, it’s clear that on some occasions he was definitely interested in what he was seeing, and that he displayed some of the same behaviours he shows when we are physically together.

“One unexpected consequence of the experiment is that I sometimes found myself unexpectedly anxious when I placed a call to Zack and he wasn’t in front of the camera or he didn’t approach the screen. I hadn’t considered that this might be a consequence of the two-way communication that DogPhone creates, and it’s something to consider for the next iteration of the system.

“Whatever form that takes, we’ve taken another step towards developing some kind of ‘dog internet’, which gives pets more autonomy and control over their interaction with technology.

“More refined versions of devices like DogPhone, built backed by further research into what dogs find appealing and comfortable, have real potential to turn the internet of things into a useful tool for animals, built around their needs and wants.

“That could help the ‘pandemic puppies’ – dogs acquired during the unprecedented growth in pet ownership during Covid-19 lockdowns – find new ways to deal with the stress of being home alone as their owners return to work.” 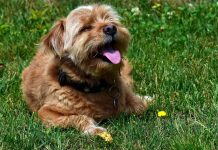 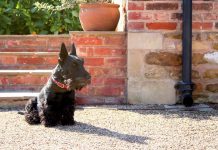 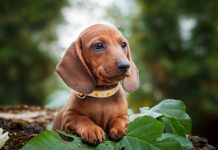