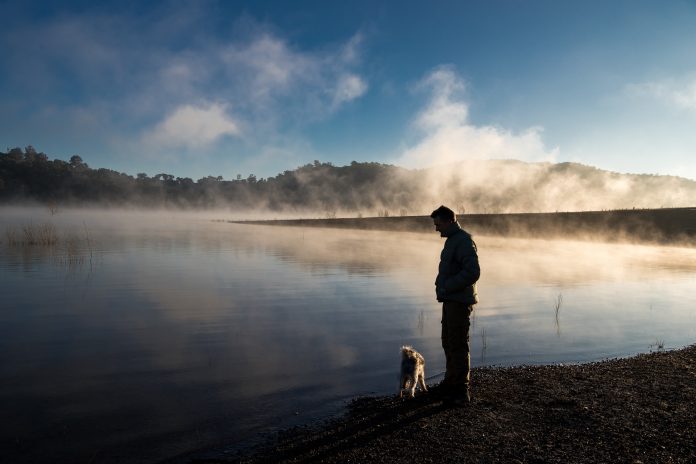 It’s an old adage that a dog is really man’s best friend, and 15 years of study by a leading psychologist has shown that our canine companions could hold the key to helping men talk about mental health.

In fact, research by US psychologist Dr Chris Blazina suggests that many men find their relationship and attachment to their dog to be more secure than their closest human relationships.

In his new book, One Unwavering Friend: Heartwarming Tales of Men and Dogs, Dr Chris looks at famous men from history and discovers how, from Napoleon to Dickens and Darwin, man’s best friend has helped to shape history too. Looking at the lives of historical figures from a brand new canine-focused perspective, the reader learns how the strength of these relationships carved and shaped the lives of household names throughout the generations.

In one extract, the reader learns how Chows Jofi and Luna played a significant part in the later years of renowned psychoanalyst Sigmund Freud. In a letter to good friend Princess Marie Bonaparte, Freud outlined his admiration for dogs’ steadfast nature and their ability to provide a type of pure love free of ambivalent feelings. Jofi was also omnipresent in his consulting room, and the canine co-therapist even had her own couch and would rise from it when the session time had passed. 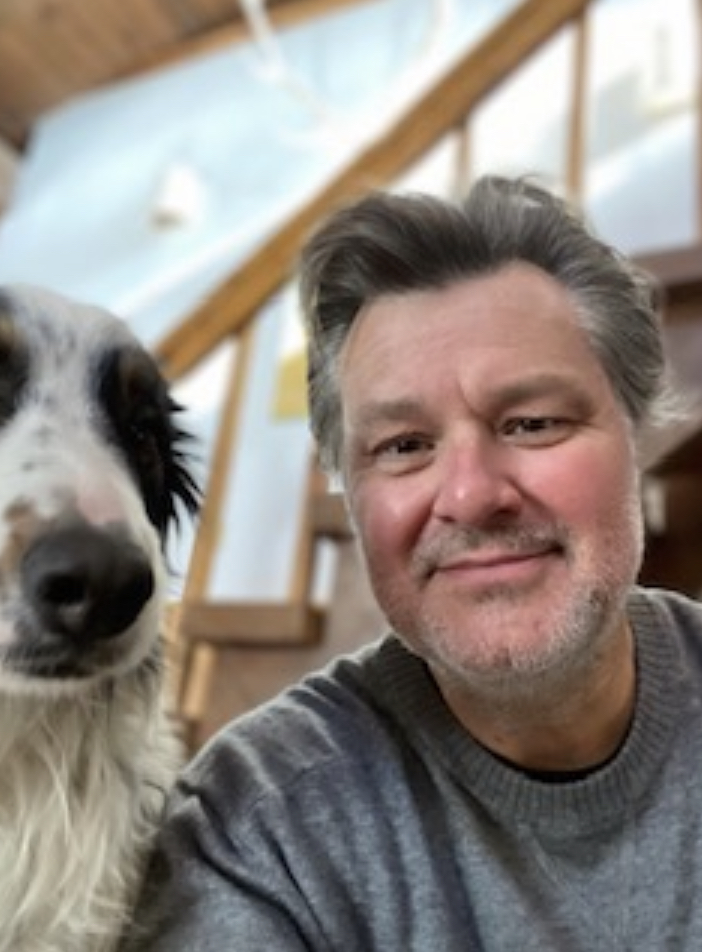 Author Dr Chris worked as a professor, researcher, writer and psychologist, and, 15 years ago, turned his focus to the psychology of men and masculinity. But when his beloved dog Kelsey passed away and he experienced profound grief, his research took on a new path. And the results could benefit men everywhere.
Remembering Kelsey, he said, “She was my best friend and portable family through graduate school and the early part of my career. It involved 14 years of making a bond that did in fact change my life.

“When I started grieving the loss of my old friend, part of that process was to understand why Kelsey was so important in my life. I revisited all the old psychological theories (and newer ones too) about how people handled grief. However, there was only a little bit available about how people deal with the loss of an animal companion – an animal or pet that is like a friend or family member.

“One of the realisations was grief involving people was a lot like grief with an animal companion. We build an attachment, we deal with loss, and we try to preserve some parts of our bond. The later part is sometimes referred to as a continuing bond.

He added, “Male clients often showed a different side of themselves when discussing their pets. Even males that were usually emotionally constricted in everyday life with friends, family and partners showed a tenderness when discussing their dogs. Some choked up and others openly shed tears, saying they had not even cried like this when a parent died. I realised my story was not unique. Animal companions seemingly broke through much of the male socialised barriers that others could not. It was a special bond that needed more exploration and understanding.”

In the course of Dr Chris’s research, he has analysed a number of studies, to further understand how bonding with a pet can enrich men’s lives and help them to open up in relationships with humans too. In one nationwide study in the US, males were asked to compare their closest human and animal companion upon how secure their bond felt. In 62% of cases, an attachment with an animal companion was labelled as ‘almost always’ a secure one.

Other research findings include age-related factors, Dr Chris said. “One study I did found that as men get older — middle age and beyond — their dogs took on an even more significant role. Middle-aged men reported relying more heavily upon their animal companions for emotional support. This was important because research suggests that social support networks really shrink as men age — to about the size of a postage stamp; men have their significant other and their dogs.”

Dr Chris says that accepting and celebrating the bond with animal companions offers a unique opportunity to begin addressing some of the restrictive roles men face, including forming meaningful attachments.

He said, “The rule of thumb is: we are social creatures in need of connection to flourish. One study a colleague and I did found that asking men to write a brief paragraph regarding a playful memory with their dog. Just calling on that memory temporarily increased men’s sense of state playfulness.

“Playfulness can be thought of allowing oneself to be freer to experience the world and one’s feelings and sensations. Playfulness is also not a state of being that is approved of in many adult male’s world. Instead it is seen as childlike. So the idea that dogs may help men in everyday life feel more free when they play, take walks, or just generally interact with one another is a big deal.”

One Unwavering Friend: Heartwarming Tales of Men and Dogs is published by Filament, and is available from Amazon priced £13.34 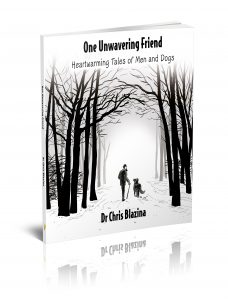 We have one copy to give away! To be in with a chance of winning, enter via the Contact form – fill out the details and put ‘Unwavering Friend’ in the subject line. One winner will be picked at random on 4 March 2022 after midday.