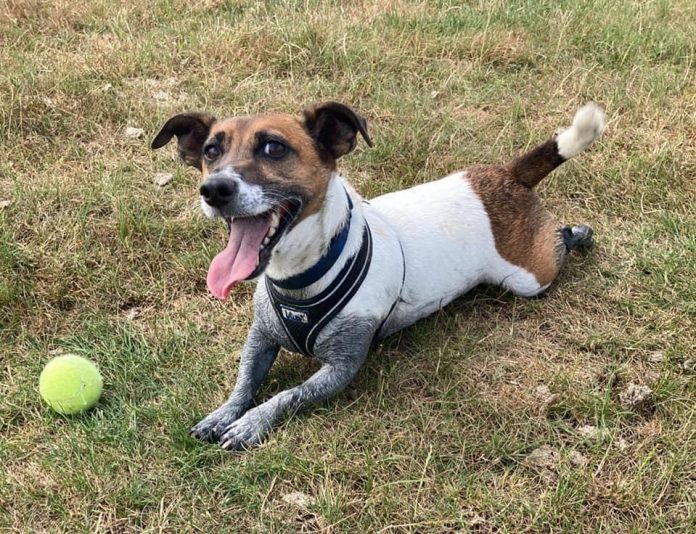 Sometimes it’s love at first sight. Sometimes it takes a while. But as seen in The Dog House on Channel 4, the staff at Wood Green are always there to look after their canine guests until they find the right permanent home. From big to small and pedigree to scruffiest pooch, no effort is spared to find each and every one a new family who will give them the love they deserve.

Do you ever wonder what happens next? A new book, Finding a Forever Home: True Tales from Channel 4’s The Dog House, contains heartwarming, inspiring stories of one-lost dogs, their new families and their journeys beyond The Dog House.

And we’re delighted to have an exclusive abridged extract from the new book for you to enjoy. Grab a cuppa, and make sure you enter the competition at the end to be in with a chance of winning one of the three copies we have to give away…

Gaynor Job watched in amazement as her 18-month-old son Dougie climbed into the wooden baby walker. He sat in the tray part where the bricks usually were and started to propel himself forwards using his hands to turn the wheels. He looked up at Gaynor and grinned and she could see the determination and delight on his face as he slowly started to move across the floor.

‘Clever boy!’ she told him.

While most of Dougie’s friends had started to toddle about, he was unable to walk so he’d come up with his own ingenious method to get himself around.

When they’d had their 20-week scan, Gaynor and her husband Chris had been told that Dougie had club feet. It meant that he would have to have his legs in a cast for a while. Initially the doctors had said he might have some problems walking but that eventually he would be OK. It had been a shock for them at first but at least they knew what they were dealing with and it was correctable.

But when Dougie had been born, they could see straight away that there was something seriously wrong with his legs and it was much more of an issue than club feet. His left leg was squashed right up by his face and his right leg was bunched up a bit like a frog’s leg.

‘Your son has got arthrogryposis,’ the consultant had told them a few days later.

It meant that his legs had developed with contractions in the joints and this would affect their ability to move.

Gaynor and Chris had been amazed by Dougie’s resilience. He was a happy, smiley baby who took everything in his stride and rarely cried or grumbled. One day they had gone to see the consultant to discuss Dougie’s treatment.

‘He’s never going to be able to walk unaided,’ he had told them.

It meant that Dougie was always going to need a wheelchair or a walking frame or crutches to get around. 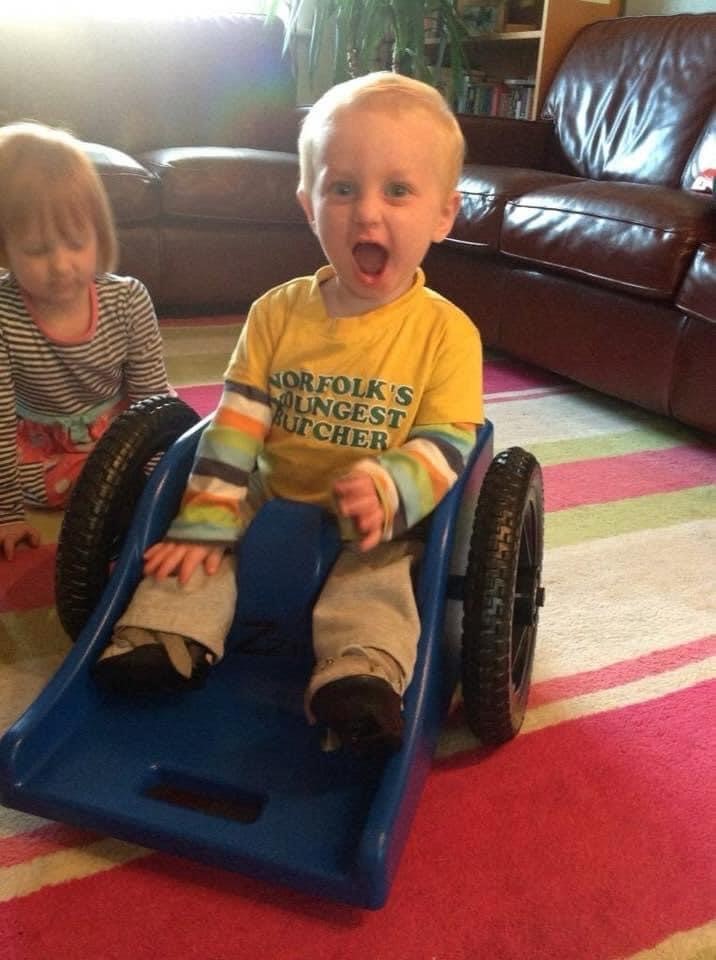 As he got older, Dougie started to become more aware of his differences. He’d asked Gaynor and Chris questions in the past and they’d always answered him honestly and openly. She knew that at school he got frustrated sometimes too as his peers wanted to run around and play football. However, he had a loyal group of friends who he would hang around with and who would always involve him. They would pull him along with their jackets to make him go faster, or Dougie would let them push him in his chair.

There was something else that Chris and Gaynor had been talking about for a while to help boost Dougie’s confidence – getting a dog. Because of Dougie’s wheelchair they didn’t want a huge dog or, indeed, a tiny one that might get run over by the wheels. They wanted a young, active dog but not a puppy as they didn’t want to have to go through the chewing, the biting and the training. Dougie described how he wanted a dog that he could throw a ball to and tie to his wheelchair so it could pull him along.

‘I think you need a fleet of huskies,’ laughed Lizzie, from Woodgreen. 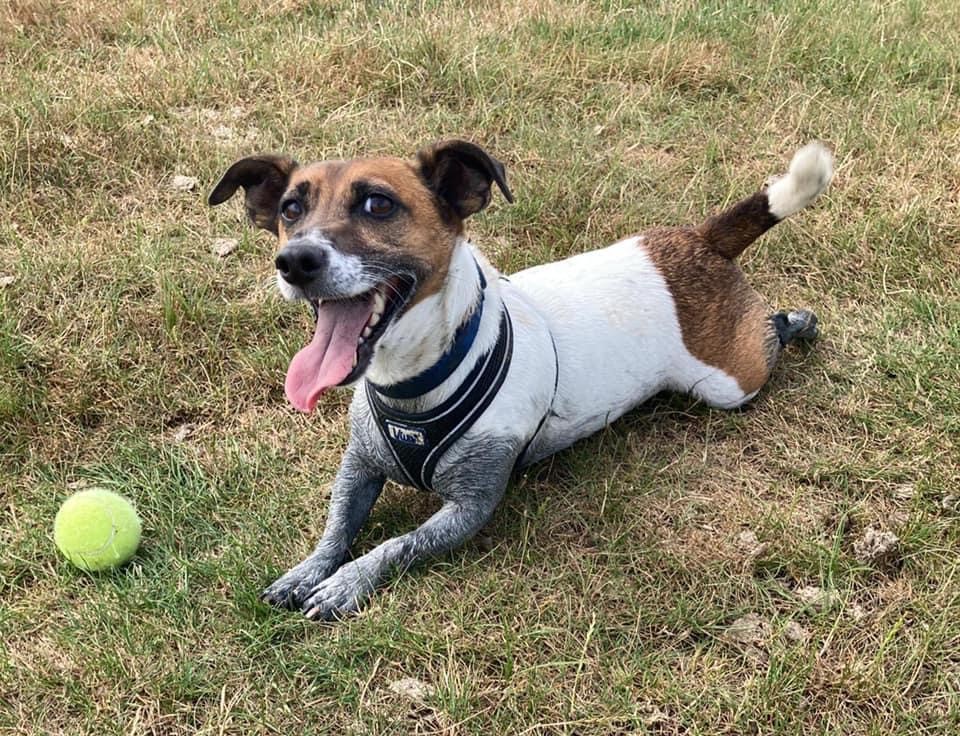 ‘Rocco is my nightmare dog,’ sighed Lizzie. ‘He’s the nicest little dog that, for some reason, keeps getting passed over.’ He was what was known as a ‘sticky dog’ – a fantastic dog that for some unknown reason was struggling to find a home. Rocco was a really active little pup and he wasn’t suited to being in kennels long term. He would often jump up at the bars, desperate to get out. Lizzie could also see that Rocco was starting to give up hope after he’d been rejected so many times. He was such an exuberant, happy, fun-loving dog but also very affectionate and she knew he would make someone the perfect pet.

So when she suggested him to Gaynor and Chris, she was desperately hoping it was going to be third time lucky.

‘We’ve found a little dog that we hope you will all like,’ she said.

She told them about Rocco and how much he loved kids.

‘The reason we chose him for you is because he’s such an outgoing, sociable chap. He likes toys so much that I imagine he’s going to go to Dougie straight away and want to play fetch.’

Rocco was in perfect health and he hadn’t been mistreated so she agreed there was no reason why he couldn’t be rehomed straight away.

‘Give us today to sort out the paperwork,’ Lizzie asked and so they agreed to collect him the following day. To Gaynor, Chris, Dougie and Tessa, it felt like the longest day ever. They went shopping for some beds for Rocco to put around the house and some food and toys that they thought he would like. The following day, Chris drove to Woodgreen to collect him while Gaynor tried to distract the kids by taking then to the park. They were all sat excitedly in the living room when Chris pulled up with Rocco. They were so happy to see his little face and his jaunty tail.

Dougie and Tessa couldn’t wait to take him out into the garden and show Rocco the new toys they’d bought him. After a couple of minutes, Gaynor heard them screeching with laughter.

‘Come and look at this Mummy,’ shouted Dougie. ‘Rocco’s making a funny face.’

She and Chris went outside to see Rocco sat in the middle of the garden, snapping his teeth furiously like a crocodile.

‘I think that means he’s excited and wants to play,’ Chris told them.

From then on, it became known as Rocco’s play face. They loved that he was such fun and so comical. A few minutes later, Rocco was making them howl with laughter again as he commando-crawled his way across the Astro-Turf on his belly.

‘It must feel nice on his tummy,’ laughed Gaynor. Then he ran round in circles trying to chase his own tail. This little dog was so full of character and seeing the looks on Dougie and Tess’s faces as they howled with laughter, Gaynor knew they had done the right thing. It was so nice to see them both playing with him and having fun.

‘This is exactly what I’d wanted,’ Gaynor told Chris as they watched them through the doors into the garden. It was great for Dougie because with Rocco, it didn’t matter that he couldn’t walk or that he was in wheelchair. The little dog didn’t see him any differently to how he saw Tessa. 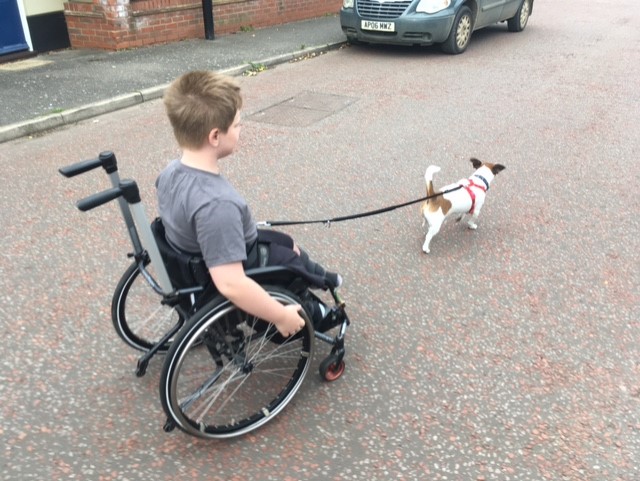 They’ve had Rocco for over a year now and Gaynor couldn’t have wished for a more perfect match. He’s given both Tessa and Dougie the chance to experience that unconditional love that you feel for a pet. They all have such a strong bond with Rocco, especially Dougie. He can’t wait to get in from school every day to see him and he loves showing him off to his friends. Rocco and Dougie get on brilliantly as they’re so similar – they’re both big personalities and full of energy and fun. Rocco is perfect for them and he’s so playful and affectionate. He’s the last bit of the puzzle and has completed their family. 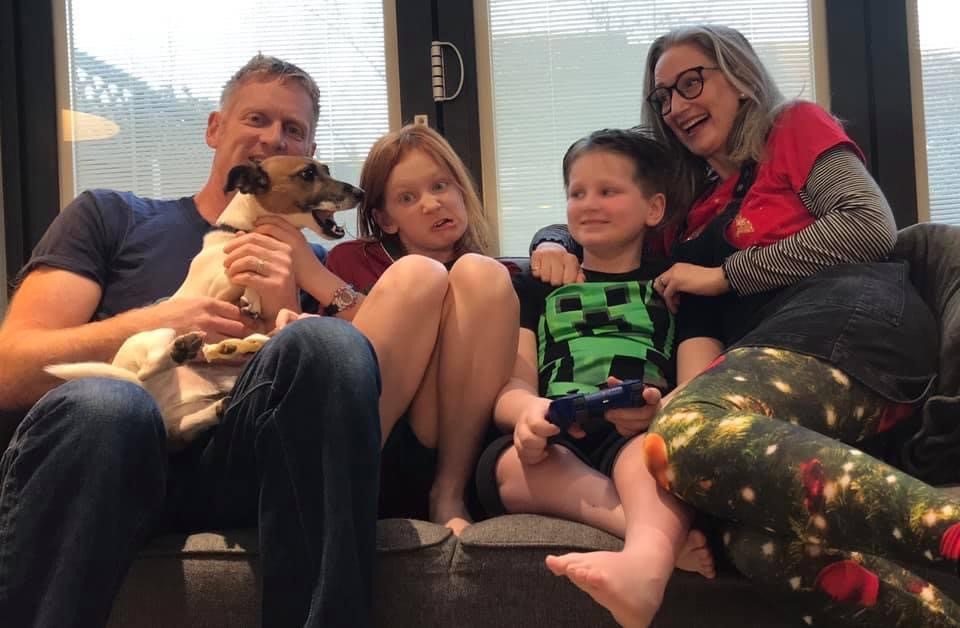 Extracted and abridged with permission from Finding a Forever Home, published by Quercus, priced £16.99. 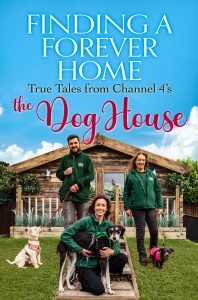 Win!
We have three copies to give away. To be in with a chance of winning, enter via the Contact form – fill out the details and put ‘Finding a Forever Home’ in the subject line. The winners will be picked at random after 2pm on Friday 11 March 2022. Good luck!