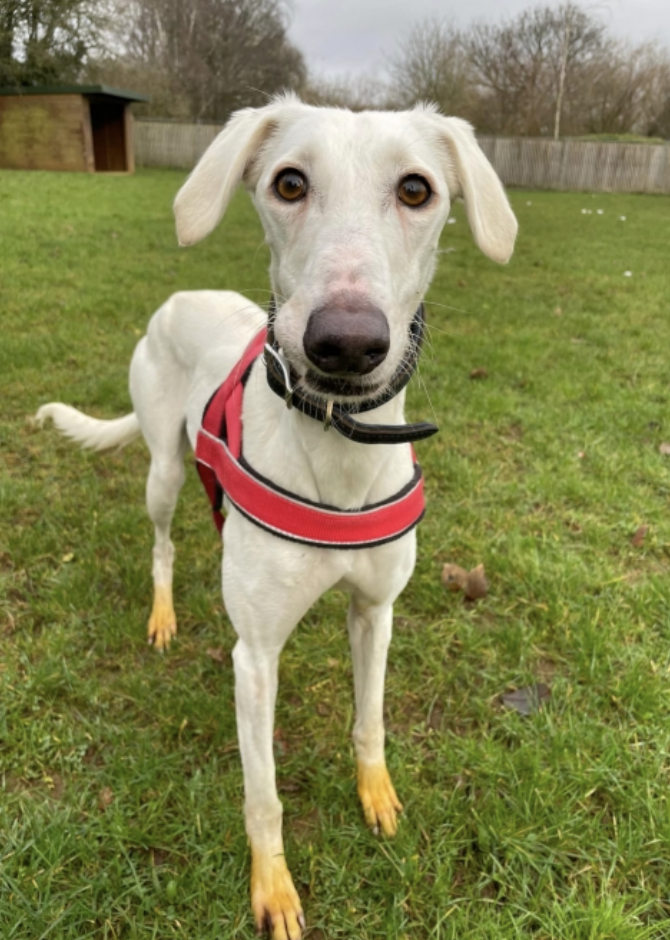 A Lurcher has been named Marigold as her yellow paws make her look like she’s wearing Marigold gloves!

Three-year-old Lurcher Marigold was found straying and taken in by RSPCA Bath Cats and Dogs Home.

The centre’s CEO, Rachel Jones, said, “It’s quite the mystery as to how Marigold ended up with golden paws! Hew paws may have been left yellow due to pesticide or dye after running through farmers’ fields, or it could be as a result of an iodine spray for sore feet. I guess we’ll never know!

“It is starting to fade now and we’re sure she’ll be back to her wonderful white colouring soon, but we loved her golden paws so much that we decided to name her Marigold, as it looks like she’s got her gloves on for a spring clean!” 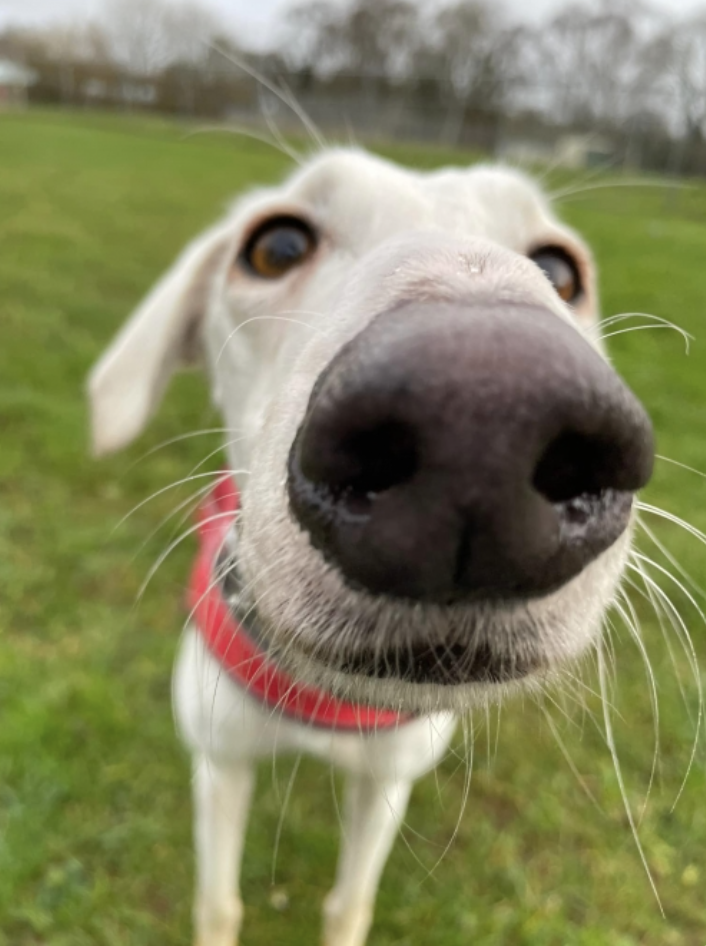 Marigold is described as a sweet but sensitive girl who is looking for a quiet home with patient owners who can give her lots of time and space so she can settle into her new life at her own pace.

Rachel added, “As Marigold was a stray, we know very little about her and we don’t believe she’s lived in a home before, so she’ll need owners who can give her time to settle.

“She can find meeting new people quite scary but eventually builds up the courage to say ‘hello’. Once she gets to know you and trusts you, she enjoys attention.

“When she first arrived, she had no idea what to do with toys, so we don’t think she’s ever had her own toys before, but she’s learned to love squeakers and really enjoys a good game of fetch.

“Marigold can be worried by other dogs, so ideally we’d like to find her a home as an only pet and we feel she’d be best in a home with adults or older children. She can be spooked by other dogs out on walks, so we’d advise keeping her on a lead when out about. However, she’d love a big garden for zoomies and playtime!

“Marigold is such a sweetheart and we’re sure she’ll bloom in the right home,” Rachel added. “If you can give her a chance, you’ll be rewarded with a loving companion to share your life with.”

Find out more about Marigold online or contact the Bath team on 01225 787331 or rehoming@bcdh.org.uk