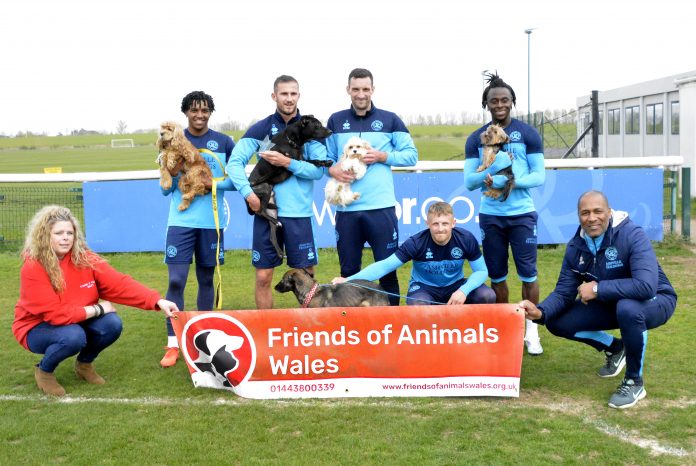 Friends of Animals Wales (FOAW) visited QPR’s training ground in Middlesex recently to play ball with the footballers and raise the profile of the charity and the dogs it cares for.

Former FOAW dog Jack attended with his owner Niki Roe. After years of abuse, the Labrador cross struggles to walk, but QPR player Dominic Ball was more than happy to assist Jack, who recently won the title of ‘Rescue Dog of the Year’ at the Animal Star Awards.

QPR defender Sam MacCallum kicked off by meeting Pamela, an American Cocker Spaniel who came to FOAW needing an operation to remove at least one of her eyes due to an untreated eye infection. Pamela, who will be looking for a home once her vet care is complete, also won over QPR manager Mark Warburton and director of football Les Ferdinand MBE.

Yorkie Terrier Digit found a safe pair of hands with QPR midfielder Stefan Johansen. As an ex-breeding bitch, Digit had never had a name until she landed on her tiny paws with Niki. Johansen confided that his family has a pup just like Digit at home.

Lee Wallace scored in the puppy stakes when he got to meet the six-month-old fluffy bundle that is Acorn. The Cavachon was handed in to FOAW as unsold breeding stock and had an op to repair a hole in her heart. Now it just melts when she meets footballers! 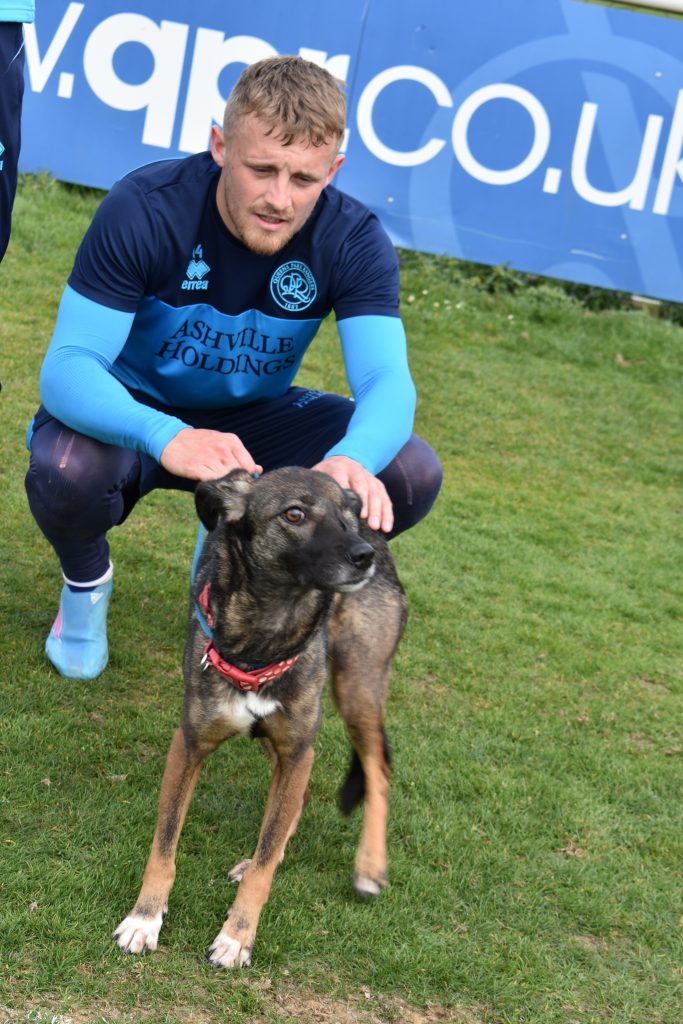 Finally, George Thomas took the lead with street dog Korsan, who was rescued from Turkey and has lost an eye. Korsan means ‘pirate’ in Turkish, but she can still spot a winner.