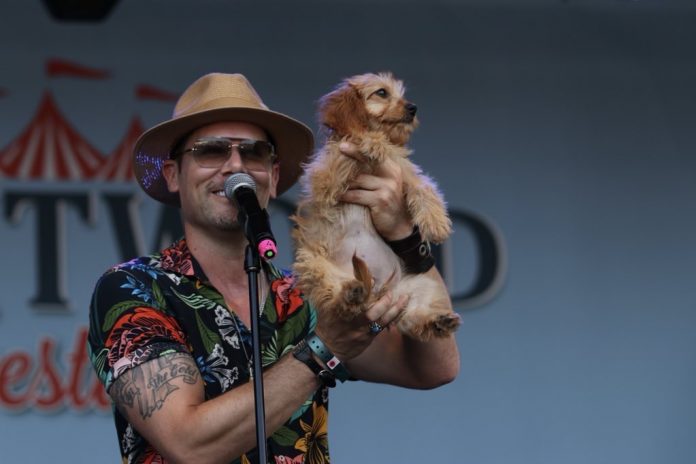 One minute you’re a humble Cavapoo, listening to your owner busking on the street, and the next you’re watching them headline the main stage at Wembley as the frontman of The Dualers!

Such is the inspirational story of Gigi, the Cavapoo of The Dualers’ frontman, Tyber Cranstoun, who worked his way up from living out of a storage unit in Shooters Hill, to travelling the country on a nationwide Road to Wembley Tour!

Tyber and The Dualers started gaining traction as viral busking sensations. Performing across Bromley, Canterbury, and Romford to name a few, the band were a smash hit with recordings of their street performances being watched over 7 million times. But while Ty would leave the streets with adorning fans chanting, he would be using their money to pay for the rent on his garage, desperate to keep any kind of roof over his head.

Today, with over 39,000 monthly Spotify listeners, Tyber and the Dualers are a living testament to the relationship between artists and their fans. Their smash single Kiss on the Lips reached a staggering 21 in the UK charts with no backing or airplay, only support from audiences. Their success story continued with Radio 2 features on their single Only When You’re Around, and the single Truly Madly Deeply featured in the Hollywood blockbuster Fools Good and the BBC’s Death in Paradise.