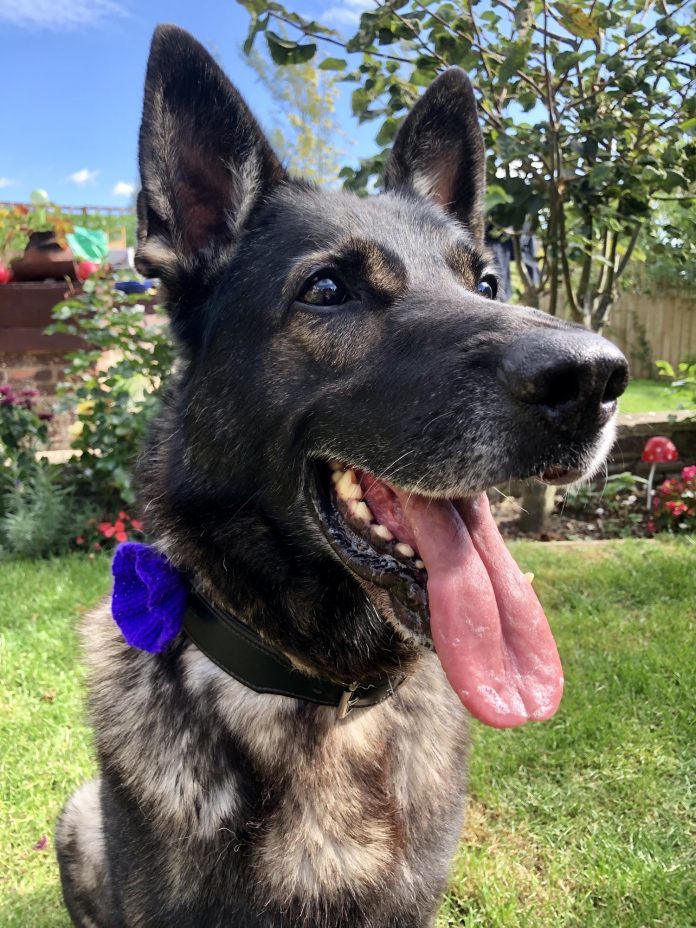 A charity has saved the life of Hoby, a retired working dog who helped to guard important Ministry of Defence bases.

Ten-year-old German Shepherd Hoby needed life-saving veterinary treatment and emergency surgery for a blockage in his colon, and his owners fretted how they would cover the cost of the bill, totalling more than £2,000 – until the Thin Blue Paw Foundation, a charity that specialises in providing support to retired police dogs, stepped in to help.

Hoby was bred in Holland for the Ministry of Defence Police and, after completing his general purpose training at two, he partnered with handler Scott Milligan. He served at two main stations in his career, in Berkshire and Gloucestershire, and was also called upon to assist Thames Valley Police on several occasions.

Hayley Cherry-Milligan, who is married to Scott, said, “Hoby was excellent at his job. He once tracked a suspect into a half-flooded storm drain and Hoby was so determined to keep to the track, he swam underwater to fit through a small opening to follow the scent.

“At nine, Hoby was still keen to work and had all of the courage and fight, but his body was sadly starting to let him down, so he was retired from service.

“It was never in question that we would keep him in his retirement, as he is a member of our family. From the day he came home, I fell head over heels for him. He recognised the difference between home and work and was an absolute sweetheart from the moment he arrived.

“We tried to find pet insurance, but the cheapest quote was over £120 a month; it just wasn’t realistic.”

In early April, Hoby suddenly fell ill with chronic vomiting and diarrhoea. He was rushed to the vets where he stayed for five days and needed surgery to investigate. They found scar tissue on his colon, which had led to a blockage.

Vets gave him three enemas in the hopes of helping him pass the blockage, but he then needed an exploratory laparotomy to move the mass.

Hayley, from Berkshire, added, “They found internal scar tissue, which has caused the narrowing of his colon and faeces had compacted to the point that he couldn’t expel it naturally.

“They were thankfully able to massage out the blockage and we were so relieved to bring him home. We’d not slept a wink since he’d been away.”

Hoby is back home where he’ll continue to recover. But Hayley and her husband were hit with a £2,400 vet bill for the emergency treatment that saved his life.

Hayley said, “He still has recovery to do, but we’re hopeful for his future. The final vet bill was substantial and we couldn’t believe when the Thin Blue Paw agreed to cover the entire cost. We couldn’t be more grateful for their support.

“Retired police dog owners are so lucky to have a charity that recognises how special these dogs are and looks after them in their retirement.” 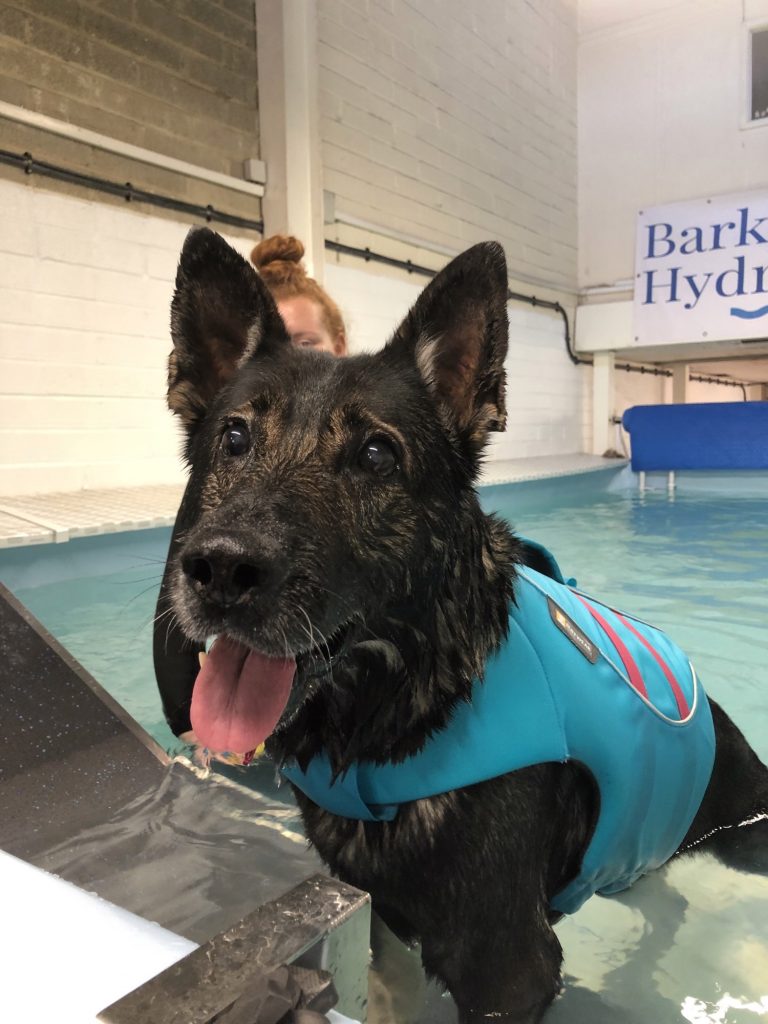 The Thin Blue Paw Foundation was set up in 2020 by a group of dog lovers to celebrate, protect and support working and retired police dogs across the UK. The charity has more than 300 retired service dogs registered and issues grants to their owners for expensive medication, ongoing treatment and therapy, as well as covering the cost of emergency veterinary treatment, like Hoby’s.

Charity trustee Kieran Stanbridge said, “Veterinary treatment is expensive and if your dog suddenly falls gravely ill and needs emergency treatment, your bill can quickly spiral into the thousands. Dog owners will take out insurance so they have peace of mind that they can access the treatment their beloved pet needs should the unthinkable happen.

“Sadly, for the owners of retired police dogs, it’s not always that easy. Due to the specific training they’ve had and the strenuous working lives they’ve led, ex-service dogs often leave the force with lifelong injuries or medical conditions and can be uninsurable.

“We believe these doggy heroes deserve access to the very best veterinary care and we’d hate for an adopter to feel they have to choose between paying their bills and getting medication for their pet; that’s why we’re here to help!”